NEW YORK, NY, Feb. 04, 2020 (GLOBE NEWSWIRE) -- PharmaCyte Biotech (OTCQB: PMCB) is about to embark upon a planned U.S. FDA Phase 2b clinical trial to treat locally advanced, inoperable pancreatic cancer (LAPC) at trial sites all over the United States, and with that journey comes the need to keep its signature technology, Cell-in-a-Box®, protected should it one day receive marketing approval from drug regulatory agencies in the U.S. and Europe.  PharmaCyte’s Cell-in-a-Box® technology for the treatment of pancreatic cancer is certainly protected well into the future if/when it does receive the coveted marketing approval it’s striving for upon the completion of clinical trials.

Currently, PharmaCyte is revamping its provisional patent application and its strategy related to full patent protection.  The idea is to present the United States Patent and Trademark Office (USPTO) with an acceptable provisional patent application that protects its therapy to treat cancerous tumors, including the therapy that will be used in its upcoming clinical trial in LAPC.

A provisional patent—and eventually a full patent—would give PharmaCyte a fresh 20 years of patent protection; however, even without it, PharmaCyte has protections in place to protect its technology that are in line with any biotechnology/pharmaceutical company developing treatments after many years.  In most cases, the 20-year patent protection that biotechnology/pharmaceutical companies have in place while developing drugs/treatments, have their 20-year time frame cut in half to 10 years by the time the drug hits the marketplace.

Patents are typically awarded within a few years after the patent application submission, but a common misconception is that the patent begins only after the drug hits the market, so with this in mind, PharmaCyte will actually have longer protections in place than most biotechnology/pharmaceutical companies have upon marketing approval after years of development.

How is this possible?  Well, actually PharmaCyte has two protections in place that will keep its technology protected—and unlike 20-year patent protection where the clock is ticking throughout development, these protections don’t begin until the therapy is approved.  First, PharmaCyte is developing a “biologic” therapy, which offers protections under the Affordable Care Act, and second, PharmaCyte’s therapy for pancreatic cancer was granted Orphan Drug Designation from both the U.S. FDA and in the European Union by the European Medicines Agency (EMA).

In addition, the Biologics Price Competition and Innovation Act (BPCIA), which was enacted as part of the Affordable Care Act in 2010, establishes a period of 12 years of “data exclusivity” for reference products to preserve incentives for future innovation.  Under this framework, data exclusivity protects the data in the innovator’s regulatory application by prohibiting others, for a period of 12 years, from gaining FDA approval based in part on reliance on or reference to the innovator’s data in a biosimilar application.  PharmaCyte’s 12-year exclusivity doesn’t begin until the FDA approves the company’s pancreatic cancer therapy.

Stock Market Media Group and its management may benefit from any increase in the share price of the profiled companies and hold the right to sell the shares bought at any given time including shortly after the release of the company’s profile. Section 17(b) of the 1933 Securities and Exchange Act requires publishers who distribute information about publicly traded securities for compensation, to disclose who paid them, the amount, and the type of payment.  Under the Securities Act of 1933, Section 17(b), Stock Market Media Group discloses that it expects to be remunerated fifteen thousand dollars monthly from September 2019 to September 2020, paid for by a third party via bank wire, to produce content related to PharmaCyte. This article is the opinion of Stock Market Media Group and was written based upon publicly available information and interviews conducted by SMMG. 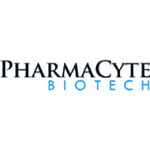