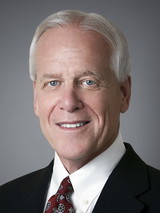 Kenneth L. Waggoner serves as the Chief Executive Officer, President and General Counsel of PharmaCyte Biotech and is the Chairman of the Board. He has 50 years of experience in management, business, operations and law. Mr. Waggoner started his career as an attorney in private practice. Notably he was a senior partner with Brobeck, Phleger and Harrison, named one of the top two law firms worldwide that provide services to biotechnology clients, including Chiron, Amgen, Biogen Idec, Sangamo, Ligand, DepoTech and many others. He was the Managing Partner of Brobeck’s Los Angeles office. Mr. Waggoner was also a member of Brobeck’s Executive Committee for almost ten years and on Brobeck’s Policy Committee for numerous years managing Brobeck’s worldwide operations with annual revenues more than $750,000,000. While at Brobeck, Mr. Waggoner was the Co-Chairman of Brobeck’s world-wide Environmental Law Group.

Mr. Waggoner’s career includes leadership and legal positions at Chevron as Vice President and General Counsel of Chevron’s global downstream business after Chevron’s acquisition of Texaco. While at Chevron he was responsible for the overall management of legal services to the North American, Latin American, European and Asian products companies of Chevron, including refining, distribution, shipping and technology, and served on Chevron’s Global Downstream Executive Committee. During his tenure at Chevron, Mr. Waggoner led a successful restructuring of the company’s international Legal Department following Chevron’s acquisition of Texaco and Gulf Oil.

Further highlights of Mr. Waggoner’s career included management and legal positions with several start-up companies during the last several years as well as working with Fortune 500 companies most of his professional career.

Mr. Waggoner received his Juris Doctorate with honors in 1973 from Loyola University School of Law in Los Angeles.

Dr. Gerald W. Crabtree is the Chief Scientific Officer of PharmaCyte Biotech and a Board member. He has spent almost 50 years working in academic, biotech and pharmaceutical companies with the majority of that vast experience being in the development of drugs and treatments for cancer. He has held positions of ever-increasing importance over that time. Dr. Crabtree's background in the biomedical sciences has been substantial, having been involved with various biopharmaceutical companies where he has alternatively supervised and coordinated the development of multiple drug candidates, prepared clinical protocols, investigator brochures, monographs, and research and review articles.

A highlight of Dr. Crabtree's professional career was his tenure as Director of Project Planning and Management (Oncology and Immunology) at Bristol-Myers Squibb ("BMS") from 1990 to 1997. While at BMS, Dr. Crabtree established and directed a department that monitored and coordinated the development of all oncologic and immunologic drugs from initial discovery through regulatory approval within BMS and served as Project Manager for the development of the major anticancer agent, Taxol®, the "number one" drug under development at BMS at that time. Taxol® ultimately became a multi-billion dollar drug for BMS and is still widely used to treat a variety of cancers.

From 1989 to 1990, Dr. Crabtree was Director of Pharmacology at Viratek, Inc., a subsidiary of ICN Pharmaceuticals, Inc. in Costa Mesa, California. There he worked on the development of anticancer drugs first developed at the Nucleic Acid Research Institute (NARI, a joint venture between Eastman Kodak and ICN Pharmaceuticals) and with ribavirin (Virazole®), Viratek's landmark antiviral drug. From 1985 to 1989, Dr. Crabtree served as Head of the Department of Molecular Pharmacology at NARI where his department was tasked with elucidating the mechanisms of action of anticancer and antiviral drugs developed by NARI chemists. From 1970 to 1985, Dr. Crabtree held several faculty positions at Brown University in Providence Rhode Island as well as at the Roger Williams Cancer Center ("RWCC") at that institution. These positions culminated in his attaining the rank of Associate Professor of Medicine. During his time at Brown and the RWCC, Dr. Crabtree studied the mechanisms of action of putative anticancer and antiparasitic drugs and participated in clinical trials of anticancer agents.

After leaving BMS in 1997, Dr. Crabtree consulted with several biotech companies, all of which were developing cancer drugs or treatments. Then, from 2000 to 2003, Dr. Crabtree served as Vice President of R&D at ETEX Corporation, a "device" company, where he was tasked with developing that company's proprietary calcium phosphate formulations as depot/delivery platforms for cancer drugs. Upon leaving ETEX, he resumed his consulting business, which soon became focused on PhytoCeutica, Inc. located in the Yale Science Park in New Haven, Connecticut, where he assisted in the preparation and review of FDA documents, clinical study protocols, investment acquisitions, and contracts and business plans. PhytoCeutica was developing a traditional Chinese medicine four-herb combination as a treatment for liver and pancreatic cancer. During his time with PhytoCeutica, Dr. Crabtree assumed ever-increasing responsibilities and from 2009 to 2010, ultimately serving as its Interim CEO. Dr. Crabtree resumed his consulting business after leaving PhytoCeutica until he joined PharmaCyte Biotech.

Dr. Crabtree received his Ph.D. in Biochemistry from the University of Alberta, Edmonton, Alberta, Canada, and has published over 80 articles in peer-reviewed journals. He was a National Cancer Institute of Canada Research Fellow. Dr. Crabtree is currently a member of the American Society of Clinical Oncology and the American Association for Cancer Research. He has served on research grant review committees for the National Institutes of Health and the American Cancer Society. Carlos A. Trujillo serves as the Chief Financial Officer of PharmaCyte Biotech and is a member of PharmaCyte’s Board of Directors. Mr. Trujillo is a Certified Public Accountant licensed by the State of California. He has 35 years of experience in finance, accounting and management. Mr. Trujillo started his career in public accounting and was the manager of an audit department. Mr. Trujillo then established a consulting and accounting practice which he operated for ten years and provided services as the Chief Financial Accountant to numerous organizations in several different industries. His experience has extended to companies in the biotechnology, telecommunications, manufacturing, construction and real estate development sectors.

For the last eleven years, Mr. Trujillo has been the Chief Financial Officer for both privately-held and publicly-traded, multinational companies. He brings extensive experience to PharmaCyte in preparing and filing periodic reports with the Securities and Exchange Commission, in mergers and acquisitions and in the filing of comprehensive financial statements and reports. 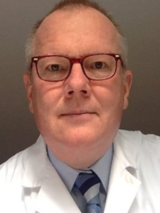 Dr. Löhr is Professor of gastroenterology and hepatology at the famed Karolinska Institute in Stockholm, Sweden. He has also served as Professor of Molecular Gastroenterology at the University of Heidelberg and Head of a division at the German Cancer Research Center. Dr. Löhr has also worked as a translational scientist and Principal Investigator in clinical studies in gastrointestinal oncology for many years and has completed a postdoctoral fellowship at the Scripps Clinic & Research Foundation in La Jolla, California. Following receipt of his medical degree, Dr. Löhr served a residency in pathology and a residency in internal medicine and gastroenterology in Erlangen and Rostock in Germany, where he was also an Assistant Professor. Dr. Löhr holds a Ph.D. and an M.D. from the Karolinska University Hospital, Stockholm, Sweden. In addition, Dr. Löhr is a Member of Clinical Cooperation Unit of Molecular Gastroenterology at the German Cancer Research Centre, Heidelberg, Germany.

Dr. Iglesias brings a wealth of experience in developing and testing a variety of cancer chemotherapeutic agents to PharmaCyte, including key positions with many prominent biotechnology firms including Eli Lilly, Amgen, Abraxis and Celgene. Dr. Iglesias’s body of work is ideally suited to guide PharmaCyte through its planned Phase 2b clinical trial in LAPC. As the global Vice-President of Clinical Development at Celgene, Dr. Iglesias was the lead physician on the team that obtained FDA approval for Abraxane® (the nab-paclitaxel/gemcitabine combination), which is a first-line therapy in pancreatic cancer.

Dr. Iglesias has been awarded numerous prestigious fellowships, and he is the co-author of 68 publications in scientific journals.